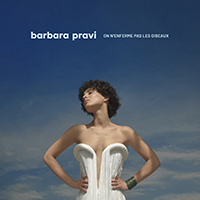 Barbara Pravi shone by performing her title "Voila" during the 2021 edition of Eurovision live from Rotterdam, where she came second. Singer-songwriter, Barbara Pravi has long written for others including Yannick Noah, Julie Zenatti, Chimčne Badi, Jaden Smith and also Carla Bruni, but this time it is her own spotlight. "Voila" now exceeds 30 million streams worldwide and reached the top of the charts in several European countries. Barbara unveiled a second title “Le jour se lčve ", then " L’homme et l’oiseau " which together will formed a sublime video triptych that introduced everyone to this artist so full of poetry. The story continues with the debut album