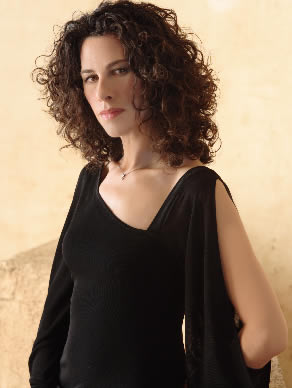 No news at the moment

Eleftheria Arvanitaki started her career in the early 80s as the singer of a popular group of rembetika revivalists, named Opisthodromiki Kompania.
Eleftheria's vocal qualities and her ability to combine the traditional and contemporary music of Greece have inspired some of the most distinguished composers, lyricists, and poets of the day to write songs for her that are now considered ''classics'' in Greek music. All of her personal albums have gone platinum. Moreover, she has received 2 Greek music awards for Best Female Singer of the Year (Greek Music Awards count only 5 years of history).
Every year she gives more than 120 performances in her country, almost 40 of them during her much-awaited (by the public all around Greece) summertime tours. According to critics - in and out of Greece - her live appearances are already considered as legendary and also a very important part of Greek music's history.
Eleftheria Arvanitaki has extensively toured Europe (she has gone almost to every city of Spain since her first Iberian tour in 2002 and Germany, she has also gone to the UK, Belgium, France), but also sang in Australia, South Africa and the USA. Her live appearances abroad always have a huge success, most of them are sold-out many days before and they are also praised by the critics and audiences all around the world.
Her upcoming release named "Mirame" is a collaboration with the very famous and Grammy awared Spanish composer and producer Javier Limon. The album, which combines a variety of sounds a rhythm from Greece, Spain and even Northern Africa, will be released internationally by Universal Music in November 2008.