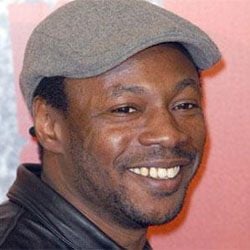 It is an event, even a miracle, that rap fans have long hoped for: 30 years after its initial release, at the initiative of the artist himself, the classic Qui Seme le vent reaps the tempo (1991 ) by MC Solaar will finally appear and will be available again on vinyl and CD.

MC Solaar is known for his complex lyrics and distinctive flows, which rely on word play, lyricism, and inquiry. In the English-speaking world, Solaar was signed by London-based acid jazz record label Talkin' Loud and recorded with British group Urban Species and the late rapper Guru. Solaar has since released eight studio albums and one live album. Born in Dakar on March 5th 1969. His parents, both of Tchad origin, left Africa when their son was just six months old to move to France. "MC Solaar" is adapted from his old graffiti tags SOAR and SOLAAR which he used to spray on the walls of his local housing estate.