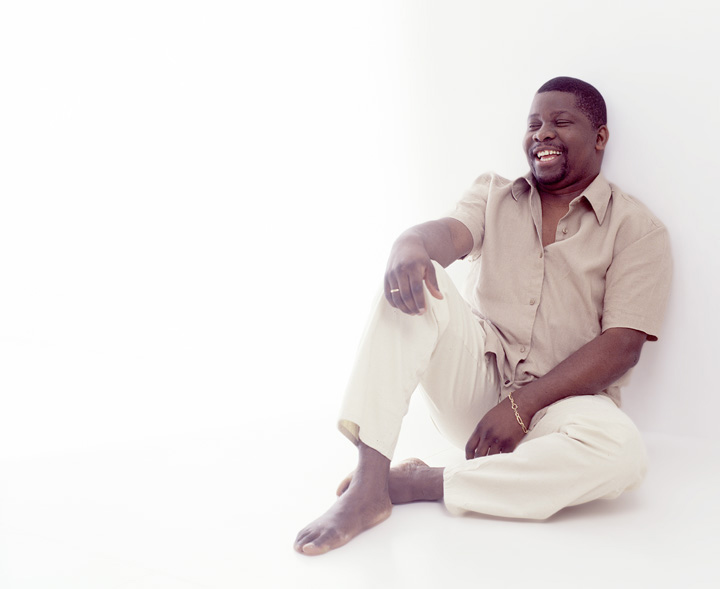 "an exquisite debut album, surely one of the best African albums of the year" The Guardian

Wherever the Portuguese unfurled their colonial flag, they seemed to have left behind a musical legacy of much beauty and much sadness. Artists like Cesaria Evora from CapeVerde and Bonga from Angola are illustrations that have achieved world renown. The ex-Portuguese colony of Guinea Bissau in west Africa might already have already contributed a number of stars to the international scene if its immense musical potential had not been continually blighted by internal warfare and struggle. With the emergence of Manecas Costa however things are about to change. As a youth in Guinea Bissau, Costa was immersed in the rich musical traditions of his native land: the choirs of the Manjak and Jola, the dancing balafons of the Balanta, Manding kora music and the enticing sensuality of gumbe, a Creole dance rhythm of enormous erotic power. Inspired by the great Guinean guitarist Jose Carlos Shwarz, Costa took up the guitar at the age of nine and formed a group called 'Africa Live' with his brother Nelson. Such was the extent of Costa's local fame when he emerged from his teens that UNICEF decided to make him a Goodwill Ambassador. This gesture was also a recognition of his socially aware lyrics. In this guise he travelled and performed widely in Africa and Europe. After another vicious bout of conflict in Guinea Bissau, Costa moved to Lisbon in 1990, working with such Lusophone legends as Waldemar Bastos, Bana and Paulinho Vieira and international stars like Susheela Rahman.