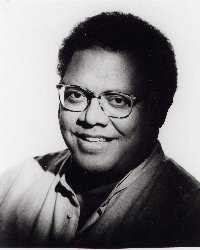 Pablo Milanes has recorded an album with destinguished pianist and friend Chucho Valdes, called Mas Alla de Todo (Beyond Everything).

"This is what singer/songwriters in Spanish speaking countries aspire to create, and Milanes is at the Head of his class" Adam Greenberg

An emotional genius. No one else can write love songs quite like the great Pablo Milanes. His unique voice is known throughout the Spanish speaking world, his songs sung by heart. From being one of Cuba's cutting edge singers he has become amongst South America's most celebrated singer-songwriters.

One of the great composers of nueva trova, his bitter sweet love songs engender a mood that does not exist elsewhere in Cuban music, as such he helped to redefine Cuban song. Few singers deal with the viscitudes of love quite like Pablo Milanes. Listening to his lyrics you have to ask how far he has formed the consciousness of love held by thousands of Cubans and Latin Americans, and how far they his?
Culled from over 4 decades of work, this is the definitive collection